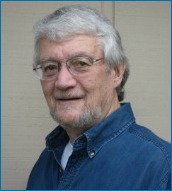 The two of them were standing in front of a Black Jack table, in a casino, where they made a business of taking your money. For a moment Gladys Horner felt like pinching herself. What would Lester think? The notion of putting his dollars at risk, in any amount, on something as fickle as the turn of a playing card had been an anathema to her late husband. To take that same gamble in the tempter’s den, where the odds were all in the house’s favor, would have been beyond his comprehension.

Yet there she was, climbing onto a high stool, sitting next to Jimmy Brooder at the half-circular gaming table, waiting anxiously for the young dealer to deal her first hand.

Gladys had spent five minutes in the lobby reviewing the notes Jimmy had scribbled on the back of his buffet napkin. Now, try as she might, she was certain she would never remember all his cryptic instructions of when to ‘hit’ and when to ‘stay,’ of ‘doubling down,’ and ‘splitting pairs.’ It was all so confusing. Her only comfort came in knowing he was there with her to lend a hand when necessary.

From the first time she heard of Jimmy’s interest in knowing her, from Angie McDonald of all people, Gladys had sensed herself being nudged in a new, unfamiliar direction....toward places and situations she had never experienced before. After only a few brief hours spent with him she had realized that wherever Mr. Brooder might lead them, it would not be boring.

In his company she would find exhilaration and affirmation in equal measures, always wrapped in the unexpected. There had been a Big Band double date and now a day at the beach, complete with an introduction to Black Jack. It was so far removed from the staid and predictable life she had shared with Lester Horner.

On the other hand, Jimmy’s return to the gaming tables for the first time in years had raised his own, more practical questions. What ever happened to the one and two dollar Black Jack tables he remembered from years past? The casino’s five-dollar minimum was a little rich for his blood, increasing the likelihood that the fifty dollars he had set aside for the occasion would not last long. But what choice did he have? He wanted Gladys to at least experience the game, the tingling rush of having a stake at risk. If she was going to be there, he ought to be on hand to help.

It took only minute or two for an already jittery Mrs. Horner to learn lesson number one. Black Jack might be a game to her, but it was business, serious business, to the grim-faced young dealer. Gladys learned that when she took an extra few seconds deciding whether to take another card. Her questioning glance had Jimmy mouthing, “Stay”.

Her indecision was enough to elicit the dealer’s curt, “Come on, lady. We don’t have all day.”

Though Jimmy understood the casino’s need to keep the action moving....“Keep the chips rolling” was one way he had heard it described, he was prepared to take issue with the dealer’s unpleasant tone. “Come on, son. Why don’t you cut the lady a little slack,” he suggested. “She’s just learning the game. You’ll get her money soon enough.”

Fifteen minutes later Jimmy’s last chip was riding on the hand in play. When the dealer turned a nine to make twenty-one the Scooter was out of wisecracks and chips. The surly dealer acknowledged his surrender with a pasty grin and undisguised sarcasm. “You folks have a really good afternoon.”

Jimmy’s icy glare was not meant to win friends. “Not so fast, son,” he said. “You can see the lady’s still in the game.”

He was standing behind her when Gladys looked back to ask. “Would you rather be going, I’m ready any time. We don’t have to stay.”

“Hey. The game’s not over. There’s time on the clock. Do your thing, then we’ll go.”

“These are ten dollars each, aren’t they?” Gladys held her two remaining chips for him to see. He nodded, leaving her with a choice to make. “I could play four five-dollar hands, or two ten-dollar. Right?”

“Come on, lady,” the dealer grumbled, earning another nasty look from Jimmy, along with Gladys’ embarrassed smile. “Are you in or not? I have to keep this game going.”

“Okay,” she sighed. “Let’s get this over with right now.” With that she slid both her chips out on the table.

“Are you sure?” Jimmy whispered.

For the next three minutes Jimmy watched from his station behind Gladys. Three minutes and three hands for Gladys and the other player, a young man sitting at the end of the table. Her nineteen was enough to win the first hand, and her twenty dollars had become forty. “I’m going to leave it all there,” she said over her shoulder, deliberately stacking her four chips in the betting circle.

Seconds later she tilted her cards to let Jimmy see a king and a five. Glancing at the dealer’s ‘up’ card, a three, Jimmy was whispering, “Stay right there. He has to draw.”

The fellow at the end of the table had his last chips riding on his hand. When he drew a queen and broke twenty-one he slipped off his stool and started off down the aisle.

Suddenly it was a two-handed game. The dealer peeked at his hole card, then turned a Jack to go with his three. As Jimmy had said, he would have to draw again. Pulling the top card from the draw box, the dealer slammed it brusquely on the table. It was another Jack and Gladys forty dollars had grown to eighty.

This time Jimmy’s advice was straight forward. “I think you’ve about used up your good luck. Why don’t we go while you’re ahead?”

Gladys was almost laughing as she shook her head. “Let’s do it once more,” she said softly. “It’s kind of fun to see him get so upset.”

She pushed her chips, all eight of them, into the circle. By then Jimmy’s palms were sweating and butterflies churned in his stomach. For an instant he remembered the adrenaline rush he once felt settling into his halfback stance, preparing for a big play.

Meanwhile Gladys appeared totally at ease, as loose as could be. A part of him wanted to look away when she picked up her cards to show him. The dealer was showing a nine as she uncovered first a ten, then an ace. It was a Black Jack, that would pay one and a half times her bet. She had a one hundred and twenty dollar winner. In a matter of three hands her twenty dollars had become two hundred.

Would she take Jimmy's advice and go back to five dollar bets? Her lucky streak was bound to run out. He knew how seductive it could be, believing that Lady Luck had become a permanent companion. Hopefully she would listen to the voice of reason.

It took a few seconds for him to realize he had no reason to be offering advice. Gladys was on her feet, raking her stack of twenty chips into her purse. Then, with her widest smile, she looked across at the still-scowling dealer. “Thank you for being so helpful," she said. "I certainly appreciate your generosity.” Then, turning to Jimmy, “Where do we cash these in?”

Posted by octoberyears at 9:53 AM