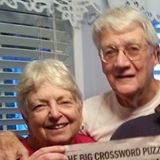 Where does one find the Peace they seek?

It can be unsettling, the way our recollections of long-ago events, seemingly insignificant  at the time, can make their way back to the front of our mind, years after the fact.

For instance....what was it that prompted the “out-of-body” experience I remember so vividly? That was five years ago….yet the memories remain as clear and real as the day they were made.

My sleep was restless….dozing in fits and starts. The snug restraining straps, pulled tight across my stomach, left me unable to shift to a more comfortable position. It would be days before “comfortable” was a part of the equation.

My thin hospital gown, wet with feverish perspiration, was sticky and limiting. For an instant I was vaguely aware of the night nurse standing beside the bed, scanning the narrow printout from the dimly-lit monitor.

As she moved closer her touch on my shoulder had me jerking away, a movement that triggered the protesting pain of a newly reset broken arm, a few broken ribs, and a collapsed lung….reminders of my not-so-gentle tumble from a falling ladder.

Actually, it hurt to be awake. That much I understood. Yet before I could cast those disjointed sensations into a meaningful whole, my thoughts were retreating into the inviting comfort of another, more welcoming reality. I reached for the morphine pump clipped to my gown.....pressed the button once, then again.

For a few seconds I felt myself stranded in the real world….between sleep and medication. Then a fresh wave of narcotic relief wrapped me in a blanket of well-being and I settled back against the raised bed, once again beyond the reach of pain….into a state I can best describe as "Peace.".

Of course I had read fanciful stories of ghostly, disconnected souls floating effortlessly above their own body, watching as the doctors frantically worked to bring them back. Invariably those remembered accounts spoke of a long tunnel that led toward a bright, white light.

Though I don’t recall wondering what might lay beyond the tunnel, most of those stories hinted at some matter of unearthly delight. Yet, try as I might, I could never have expected to find something as welcoming as La Paz…. Spanish for “The Peace.”

That’s right. I had made my escape from the stifling constraints of the ICU. I had been transported through a morphine-induced haze to the inviting afternoon warmth of Baja California.

There in welcoming, small-town La Paz, I was sitting alone at a sidewalk table outside the not-so-busy Los Arcos Cantina when the smiling, dark-skinned waitress returned with my second, or perhaps it was the third, cool Cervaza Corona. Across the wide Malecon, where locals strolled along the waterfront, the soft waves of the inner bay made lapping sounds on the shoreline.

Without knowing how I got there, I sensed myself in the midst of that 1960’s scene, a time when The Baja Road….the primitive highway that led to La Paz….had exerted a hard-to-explain hold on me.

The original Baja Road was eight hundred miles of bad road…...washboard sand, jagged boulders, and mile after mile of cactus….the absolute epitome of backroad travel. At that time, in my young mind, La Paz was the oasis at the southern end of the road….a pleasant respite from the dusty highway.

That was a time before the glory years of Baja tourism….a time when Cabo San Lucas was still a scruffy fishing village, and Todos Santos was populated by peasant farmers. In my Oregon mind the entire southern end of the Baja peninsula had an "old worldly" feel.

Truth to tell that was also a time when I was on more or less intimate terms with the infamous Baja Road, having ridden the length of it in 1962 on a Honda 50 trail bike, and driven it again in 1967 with Roma and our sons, Adam and Marc, in a four-wheel drive Ford pickup.

By then I had been captured by the wild, unspoiled spirit of that time and place. Indeed, there was a time when I was so attached to the romance of Baja that it felt as though it was calling me home….permanently.

The initial attraction, the memories that kept drawing me back to that end-of-the-world locale, were products of the honeymoon week Roma and I spent at Los Cocos, La Paz' swankiest resort in those not-so-swanky days.

Though we had no way of knowing it at the time, we were at the forefront of what would become a full-fledged tourist invasion….which would in time overwhelm, then eradicate the slow-paced, old-world charm that made pre-invasion La Paz so appealing.

Looking back I can still sense those first timid steps in my search for an authentic home….a place where Roma and I could create the life and the family we wanted. We would revisit the Baja and La Paz several times in the years that followed….with our own family and once with my parents.

Each return seemed to reinforce the unspoken knowing that I had found what was meant to be my place in the world.

How serious was my enthusiasm? During our last visit there my Dad and I spent several days researching available properties in and around La Paz, looking for land where we could build and operate a modest resort hotel.

By then the notion of La Paz as home had taken hold. In hindsight I can see that it was an inherited tendency….one that father and son were pursuing together, each of us feeding the other’s dreams.

And all the while, as Dad and I chased our hopeful, if impractical vision, Roma and my mother stood quietly aside, hoping we would not commit to something that could not be undone. They too had dreams….none of which included La Paz.

I suppose it is fair to say that my La Paz infatuation died a natural death. When Adam and Marc started school, and Amy, then Terry joined our ranks winter travel, the best time of the year to visit that arid southland, became harder to accommodate.

In time the original sand and rock road, where we once averaged nine miles an hour over five days of travel, was paved….making way for recreational vehicles and spendy tourist stops. By then the primitive allure of the Baja outback was fading.

The things we remembered most of all were growing more distant….picking wildflowers after a rare spring rain, looking for sea shells along a deserted Pacific beach, being followed around the town plaza in San Ignacio as young Mexican girls crept up behind our tow-headed sons, Adam and Marc, reaching out to touch the first blonde hair they had ever seen…. wondering if it was real.

They were seductive, those fifty year-old recollections…..the ones that once had me believing that could be our home….the ones that must have drawn me through the long operating-room tunnel into the brilliant white light of Baja sunshine, complete with a cold cervaza waiting for me in sunny La Paz.

I must have been replaying my acceptance of that reality when the cold stethoscope the nurse pressed against my chest jolted me awake.

Though at that moment I had no recollection of a long tunnel or bright lights in the course of my morphine-induced travels, I can clearly recall my awareness of the unfamiliar cast on my arm, and still-fresh thoughts of peaceful La Paz in the front of my mind….as though I was waking from a well-dreamed dream.

That must have been a "long-tunnel" experience. Right? What else could have made it so real?

Posted by octoberyears at 9:17 AM